The total value of China's foreign trade imports and exports is 28.33 trillion yuan in the first three quarters 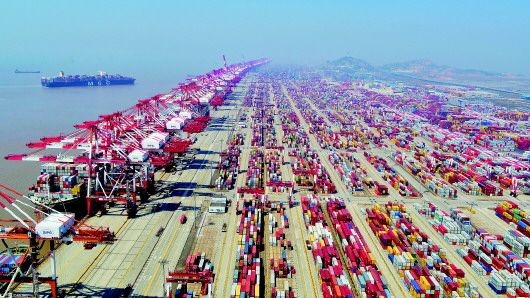 
In terms of export destination countries, China's imports and exports to ASEAN totaled 4.08 trillion yuan, an increase of 21.1%. ASEAN continues to maintain its position as China's largest trading partner, accounting for 14.4% of China's total foreign trade value. In the same period, imports and exports to the European Union, the United States, Japan and South Korea were 3.88 trillion, 3.52 trillion, 1.78 trillion and 1.7 trillion yuan respectively, up 20.5 per cent, 24.9 per cent, 11.2 per cent and 17.3 per cent respectively. In addition, China's imports and exports to countries along the Belt and Road Initiative route and to RCEP trading partners increased by 23.4% and 19.3%, respectively.

In terms of products, exports of mechanical and electrical products and labor-intensive products have increased. In the first three quarters, China's exports of mechanical and electrical products totaled 9.15 trillion yuan, an increase of 23 percent, 0.3 percentage points higher than the overall export growth rate, accounting for 58.8 percent of the total export value. Among them, automatic data processing equipment and its parts, mobile phones and cars increased by 12%, 14.4% and 107%, respectively. Over the same period, exports of labor-intensive products increased by 9.5%; medical materials and medicines increased by 108%.