发布时间：2021.12.28
信息摘要：
#China #import #export  #trade
The United States formally signed a ban on the import of Xinjiang products, and the export of Xinjiang cotton products worth more than 9 billion US dollars will be affected. For more information on export to China, please call SINOLOBEN, service Email: sinoloben@sloben.com.

On December 23, local time in the United States, President Biden formally signed the so-called Uygur forced Labor Prevention Act, which means that the bill has been formally enacted. The so-called "forced labor" means that the US Government interferes in China's internal affairs under the pretext of the Xinjiang issue. This lie-based move shows that the United States will continue to crack down on China by adjusting its strategy even if it changes the president. The Uygur forced Labor Prevention Act, if implemented, means that cotton products worth more than $9 billion in Xinjiang will be seriously affected in 2022. At the same time, the president of the US Textile Commission said that because of China's dominant position in global textile and clothing production, the US textile industry has long been a victim of China's export behavior. and pointed out that it is necessary to develop and fully implement a maximum pressure plan to reconfigure the textile and clothing procurement model. China's textile and clothing industry is one of the few industries in China that has a dominant position in the world. The United States intends to reconfigure the global textile industry. The hollowing out of the United States and the high unemployment rate are chronic diseases that are difficult to cure. The US government is likely to create jobs for Americans through the return of the textile and clothing industry.

The bill states that the United States will ban imports of products from Xinjiang, including products mined, produced or manufactured in Xinjiang in whole or in part. The US government will also lead the international community to ban imports of Xinjiang products "by all means available".

The bill also says it will focus on banning imports of Xinjiang tomatoes, cotton and polysilicon.

The bill was introduced by Massachusetts Congressman Jim McGovern, and after it was passed by the U.S. Congress and signed by the president, it meant that the bill came into effect. 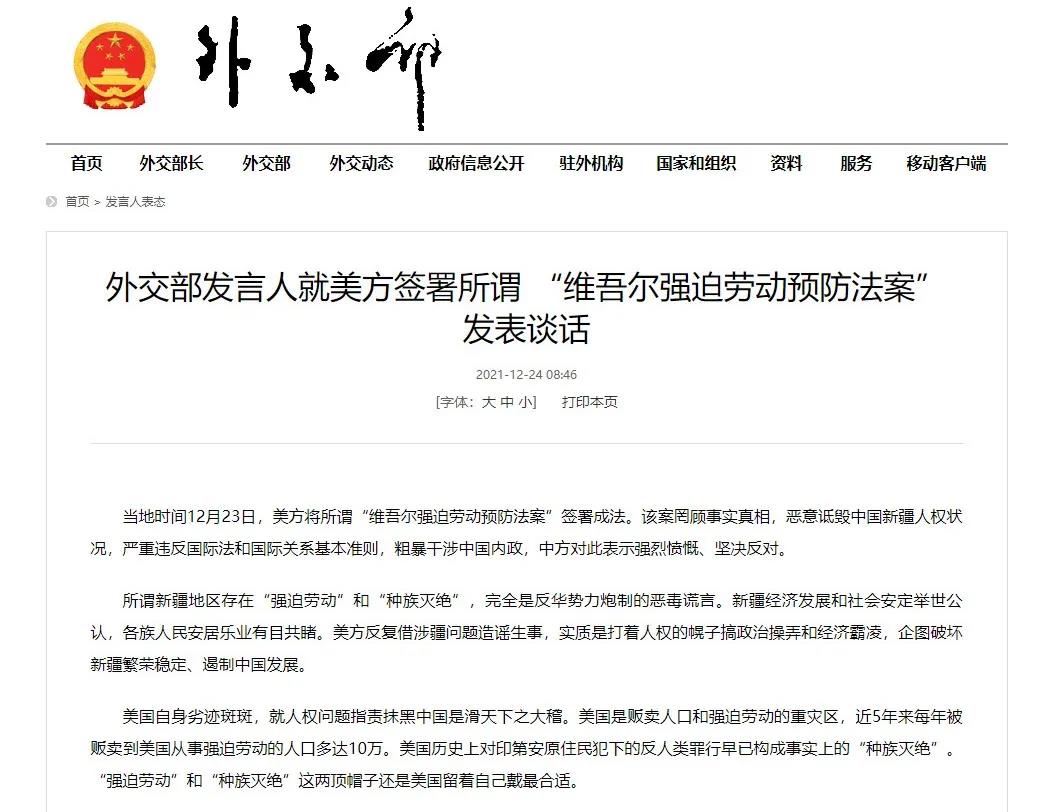