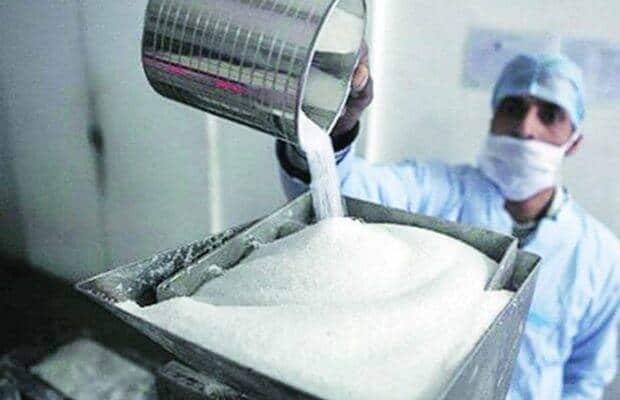 Indian sugar mills are going slow on export deals after the fall in global prices of sugar. Also, logistical hurdles have delayed shipments. Sugar mills have already entered into contracts for export of 35 lakh tonnes in the 2021-22 sugar season, trade sources revealed.

However, the prices came down sharply after the spread of the Omicron variant that spoilt market sentiment, said Rahil Shaikh, managing director, MEIR Commodities India. “The logistics situation is very tight with average logistic costs going up by 20-25%, especially truck freight. There are few railways rakes available with over 300 indents from sugar mills in the waitlist little space at Kandla port,” he said.

Alongside the signing of deals, sugar dispatches also have to be done in time, he pointed out. Global sugar prices are in the range of 19 cents per pound for raw sugar and $496 per for white sugar. The highest export deals have been undertaken by mills in Maharashtra, which is facing huge logistics problems. As such, there are acute transportation problems both by railways and road, Shaikh said. Millers may be expecting market sentiment to improve and logistic hurdles to ease by January before they take on new deals, he said.

According to the Indian Sugar Mills Association (ISMA), most of the export contracts made when the global sugar prices were in the range of 20 to 21 cents per pound of raw sugar and mills find the current prices of about 18.6 cents unattractive. Trade body All India Sugar Traders Association (AISTA) also echoed similar sentiments. Sugar mills have exported 9.39 lakh tonnes of the sweetener till the first week of December during the ongoing 2021-22 marketing year that started from October 1, and are not in hurry to sell further stock given the sluggish global price trend, the trade body said.

The maximum shipments were undertaken with the help of a government subsidy. Prakash Naiknavare, managing director of the National Federation of Cooperative Sugar Factories (NFCSF) said that sentiment has improved after the initial Omicron scare. The shortage of sugar in the international markets also works to India’s advantage and there are no restrictions on the export of the commodity. It is just a matter of time before the market sentiment improves and things get back to normal, he said.

For further updated information of China  import/export, please contact us: