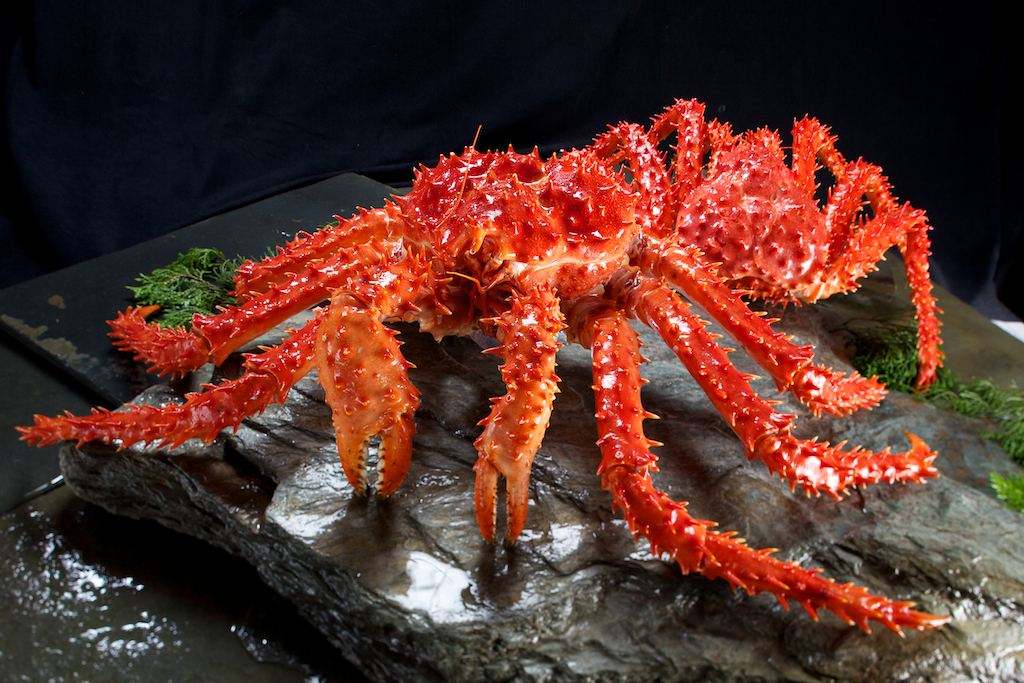 According to the International Trade Center (ITC), Russian king crab and snow crab exports totaled $2.4 billion in 2021, and in 2022, Russia accounted for 94 percent of the global king crab catch quota. However, Western countries have imposed trade sanctions on Russia, forcing more and more king crab to China and South Korea, leading to a new kind of dilemma for the global market.


"If Russia is unable to export to the U.S. and if the EU and Japanese markets start to weaken, we are probably going to lose a number of Chinese customers and prices are going to fall." Svein Ruud, managing director of Norwegian king crab exporter Troika Seafood, told UCN that China is the world's largest market for live crab and is the only country that can absorb Russian production and take the price pressure.

Ruud said that Norway exported $67 million worth of live crab in 2021, which is a result of several years of Norwegian industry operations in the East Asian market. About $42 million of the live crab was sold to mainland China, Hong Kong and South Korea, accounting for 60 percent of total exports.

On June 23, the U.S. will ban all Russian seafood, including products re-exported from South Korea. Crab veteran Les Hodges said the Russian Far East fleet has adopted an aggressive response strategy, trying to dodge sanctions by accelerating shipments to China and South Korea, which has certainly added further pressure on the market.

Hodges believes that Russia's main problem remains in the Barents Sea, a region that produces king and snow crabs mainly for Europe. Last year, Russia exported $929 million worth of frozen snow and king crab to the Netherlands, which in turn sold it to other European countries.

However, Hodges said that the share of Norwegian king crab in the Chinese market is relatively low, despite the impressive growth of the market in recent years; Norway's main market for live crab is South Korea, with exports of about 522 tons in 2021.


A Chinese king crab importer told UCN that the price of frozen crab in Russia has fallen in recent weeks and that some imports of live crab (via Hunchun) have been affected by some epidemic control aspects. There is good demand for frozen crab in mainland China, mainly consumed in the independent catering channels of hotels.

Russia may also export some raw frozen crab to China, which is processed into crab meat and then exported to other countries, such as the United States, the source said. This part of the product is not affected by the sanctions, although the quantity is currently limited.

Hodges believes that given the size of the Chinese market, the domestic epidemic issue may have a more far-reaching impact than Western sanctions or boycotts. "China is like a mystery, with our production season coming up in July, August and September, but it's hard to predict what the Chinese market will look like. Europe has opened up, and although there are still many cases, people's lives are starting to normalize, and China is in a blockade."

Hodges added that a direct route from Norway to China was closed due to the outbreak, European routes could not pass through Russian airspace, and Chinese imports of Norwegian king crab required booking a Korean Air slot with a transit in Seoul, extending both the cost and the transit.

"Since the beginning of 2022, almost every flight from Oslo, Norway to Toronto, Canada has carried live crab, and this trend will continue. There are also more routes between Norway, Europe, the U.S. and Canada, which will also fuel growth in U.S. and EU sales." Hodges said.

PreviousSenegal to grow total cotton production by 10% in 2021-22
NextRussian experts: sanctions against Russia will lead to a sharp rise in the price of agricultural products in Europe