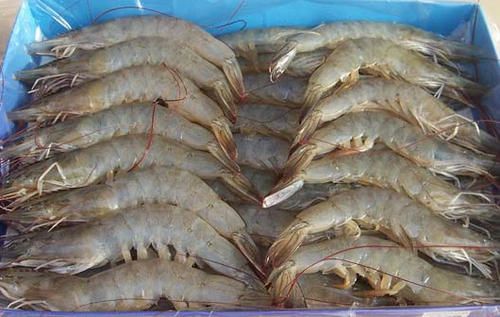 According to media reports, China and Ecuador are negotiating a free trade agreement, and Ecuador hopes to sign the FTA in Mar. 2022. Last year, Ecuador’s exports to China amounted to US$3.193 billion, of which 2 billion came from agricultural products such as white shrimp, bananas, frozen fish and cocoa.

Chinese customs statistics show that Ecuadorian white shrimp accounted for 54.3% of China's total imports of white shrimp in 2020, and China currently imposes a 5% tariff on Ecuadorian white shrimp imports. According to the Ecuadorian National Aquaculture Association (CNA), from January to August 2021, Ecuador exported 527,000 tons of shrimp, an increase of 19% over the same period in 2020; exports surged to US$2.98 billion, an increase of 24 compared to the same period last year. %. In August, Ecuador exported 69 thousand tons of white shrimp, valued at US$441 million. Compared with the same period last year, the export volume and export value increased by 32% and 64% respectively.

The head of CNA said that compared with July, Ecuador's exports to its second and third largest markets, namely Europe and the United States, fell by 7% and 24% to 15,400 tons and 15,000 tons respectively in August. However, exports to China increased by 5% month-on-month to 34,000 tons. The value of Ecuadorian shrimp continued to rise in August due to strong overall demand and increased production of higher-value shrimp and headless shrimp. In August, the average unit price was 6.39 US dollars per kilogram, which was an increase of 2.7% over July and an increase of 27% over February this year.

In addition, Ecuador is also the world's leading exporter of bananas. Thanks to the local climatic conditions, Ecuador can produce bananas throughout the year. In 2020, Ecuador’s banana exports to China amounted to approximately US$156.2 million (approximately RMB 1.012 billion), a decrease of 29% from the previous year and accounted for 4% of Ecuador’s total banana exports. Currently, Ecuadorian bananas are subject to a 10% tariff to enter the Chinese market, which affects their competitiveness. The Ecuador Banana Exporters Association (AEBE) stated that if a trade agreement is signed with China, Ecuador’s banana exports to China may double.

Ecuador also exports cocoa, roses and other products to the Chinese market. China is the fourth largest export destination after Malaysia, Indonesia and Japan. Ecuador is rich in natural resources. If the FTA is reached with China, the export of Ecuador's agricultural and aquatic products to China will have great potential for development.

For further information about China's imports and exports. pls. contact: